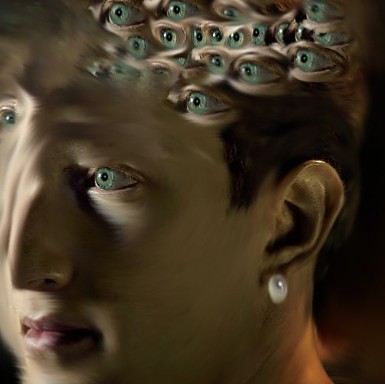 peer-to-peer (p2p) is often thought alongside vague ideas of ‘the commons’ and ‘the sharing economy,’ or in terms of online piracy and crowd-sourcing. but what is p2p, really? what is it not? and more importantly, what do p2p-like networks imply as a cultural model for exchanging our creative and our political efforts, our labor and our love? where did these network models come from, and where are they taking us?

one of three courses sponsored by the five college digital humanities initiative, this jan-term course engages contemporary appropriations of network models, with emphases on peer-to-peer in art, labor, and policing practices. a brief set of readings and artworks will give context to the historical emergence of networks, describe specific cultural instances of their use in social, political, and creative life, and explore the implications of “p2p” on the future of network solidarity. recent articles from al jazeera and dis magazine, essays by franco ‘bifo’ berardi, alexander galloway, hito steyerl, and jean baudrillard, and works by various contemporary artists and activists will be explored with the goal of finding new language to discuss peer-to-peer versus cloud networks and their affects.

about the p2p reader

other than preparing for and participating in each session, the only assignment for this workshop is crafting a piece for a collective “p2p reader.” works should be somewhere between 1 and 4 pages (single–spaced) in length, and can be written and/or visual in nature. possible examples include: a thought piece on cop watch (sousveillance) networks, an interview with a sex cam worker, an etymological study of “protocol,” an art critique of a twitter bot, or a painting of what the web 8.0 might look like. pieces should be rigorous/imaginative, short/concise and printable/.pdf-able.

day 4 | freedom from everything